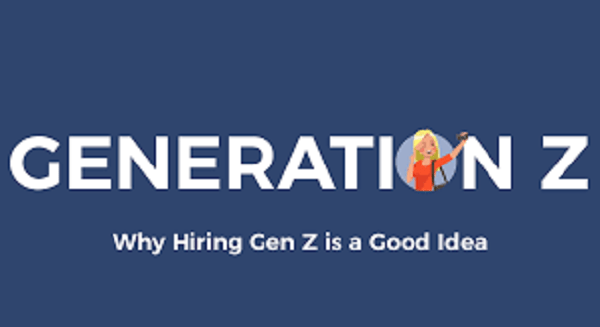 Over recent years there has been much talk and debate about Millennials, and how they should be integrated into the work place, but it’s time to turn some of the attention to the millennials’ future co-workers- Generation Z.

Hiring Mangers and recruiters need to now focus their attention to understanding the successors to the Millennials. Generation Z is the latest generation, born in the late 1990s and early 2000s which means that the oldest are in their early twenties and are just entering the workforce.

Understanding how this generation of people think is imperative in your hiring strategy and here are some key factors to consider.

One of the questions asked of participants in a survey by Robert Half was “Rank your top three priorities in finding a full time job.”

64 percent ranked “career opportunity” as their number one priority, with the second closest being “generous pay,” which came in at 44 percent. This study also shows that, like the Millennials before them, Generation Z thrives on feedback. Quarterly reviews simply won’t cut it if you want to retain this new generation of workers. Generation Z wants to be developed into leaders rather than serve as a cog in a machine.

What this means for recruiting: You can entice your entry-level candidates by showing them the developmental path to get to the next career level. Dedicating resources to developing an in-house mentorship program will save you on recruiting in the long-term, because it will help you retain your Generation Z employees.

The Robert Half survey found that participants expect to work for an average of four companies throughout their career. What’s interesting is the reasoning behind this assumption. Many wrongly assume it’s because this generation is unloyal. In fact, the opposite is true. The majority want to be loyal to one company, but they accept the reality that it most likely won’t be the first company that gives them a job out of University.

What this means for recruiting: The holy grail for companies is understanding how to be that special company that earns the loyalty of its Generation Z employees. 32 percent of Generation Z sees themselves as being in a supervisory role within the first five years of their career. This means their ideal scenario is working their way up through the right company. Once they find a company that aligns with their values, they want to grow within that company. Companies need to make sure they have a purpose other than profit in order to retain this new generation of workers.

What this means for recruiting: Show your candidates how important working in teams is to your company. Showcase your team on company websites and social media channels. Create a program that rewards employees who are active in building their career brands on social media.

Now that you’re aware of these three trends regarding Generation Z in the workforce you are ready to start building your team of the future. Follow these tips to reach and retain the top talent in this new generation of workers.

Next Article : How to optimise your CV for an online database
Share :

We use cookies to ensure that we give you the best experience on our website. If you continue to use this site we will assume that you are happy with it.Ok